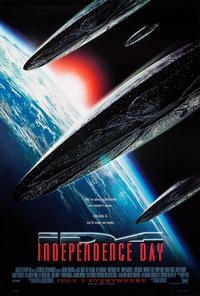 PG-13
Celebrate freedom like it's 1996 by watching Independence Day, the classic sci-fi disaster film starring Will Smith. The story begins with the approach of a series of massive spaceships with aliens that have not come in peace, and they unleash powerful weapons that destroy most of Earth's major cities. Thrown into chaos, the scrappy survivors, including a computer genius, a hot-shot jet pilot, and the President of the United States struggle to band together and put up a last-ditch resistance to save the human race.